The year 2023 will mark the 15th anniversary of the first occasion when Wagner's complete Ring cycle was performed in its entirety at Müpa Budapest, and now the audience, already familiar with the revised version of Hartmut Schörghofer's legendary production, will get to see it again. The story of the Ring of the Nibelung is one of humanity's greatest artistic works, a monumental achievement that can be likened to the ceiling frescoes of the Sistine Chapel, the Divine Comedy or Joseph and His Brothers: we owe it to ourselves to delve into it from time to time.

Das Rheingold is the introduction to the storyline, depicting the central conflict. Starting from a primeval state of peace, the opera shows how the original sin was committed, triggering a chain of events that eventually lead to complete annihilation. Over and over again, one is haunted by the suspicion that the myth is not about gods, giants and dwarfs, but about ourselves: it is not so much a make-believe world of legends that this - sometimes playful and sometimes frightening - story depicts... as it is our own world. Before attending this first evening of the cycle, one is well advised to get a sense of the concept that Ádám Fischer, the artistic director of the Budapest Wagner Days, has for the work. As he puts it, "The most important aim [of the festival] is to develop a performance style that is in line with Wagner's original ideas. For him, the critical aspects were dramatic expression and intense declamation; he was not thinking of singing in the traditional sense of the word, but instead asked performers to deliver a kind of sung speech (called "Sprechgesang" in German). With Sprechgesang and the concept of the Gesamtkunstwerk, meaning the unity of text, music and dramatic action as a total artwork, he created a new genre. We endeavour to make sure that our performances are as closely aligned with Wagner's vision as possible. It is our conviction that only in this way is it possible for us to present Wagner's oeuvre in a manner that is exciting, riveting and comprehensible for anyone." Featured in this year's Das Rheingold, we can highlight, in the role of Wotan, German bass-baritone Günther Groissböck, who is also appearing in our 2022 production of Rienzi. The other artists on stage include old favourite Christian Franz as Loge and, returning after his highly successful debut in 2015, Jürgen Sacher as Mime. 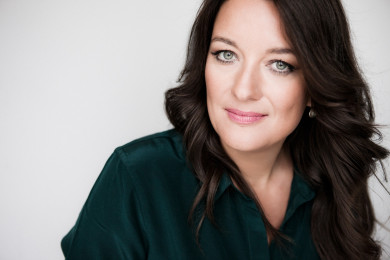