This legendary Swiss orchestra attained greatness during its half-century under the leadership of its founder, Ernest Ansermet. Their current leader, Briton Jonathan Nott, is a conductor with diverse interests and a rich repertoire. This concert programme itself is a good indication of his openness, as along with Richard Strauss's massive Zarathustra, it also includes Shostakovich's exciting and evocative Violin Concerto No. 1 as interpreted by Russia's Viktoria Mullova, as well as Krzysztof Penderecki's trumpet concertino, featuring our world-class fellow Hungarian Gábor Boldoczki as the soloist.

Ansermet, an apostle of contemporary music, founded the Orchestre de la Suisse Romande in 1918. Although he is the one who "raised” the orchestra, the list of his successors is also impressive: after the great Ansermet era came Paul Kletzki, Wolfgang Sawallisch, Horst Stein, Armin Jordan, Fabio Luisi, Pinchas Steinberg, Marek Janowski and Paavo Järvi as music directors. The extremely erudite and highly experienced Nott is also at home in contemporary music, having recorded works by György Ligeti... and led the Ensemble InterContemporain in the years after the turn of the millennium. He took over the helm of the OSR in 2017. Viktoria Mullova is not only an international star virtuoso, but also an experimentally minded musician who, in addition to her familiarity with the Romantic and contemporary violin repertoire, is no stranger to historicism, jazz or pop music. Gábor Boldoczki is one of the very finest members of the world-famous Hungarian trumpet school: his playing is distinguished by a sensual sound, breathtaking virtuosity and an expressive style. He was the one who first performed Penderecki's concertino at its 2015 world première. David Oistrakh likened the richness of the solo part of Shostakovich's four-movement Violin Concerto No. 1 from 1947/48 to a Shakespearean role. Richard Strauss's 1896 Zarathustra is a series of commentaries on Nietzsche's philosophical work, expressed through the opulent devices of overflowing post-Romanticism. 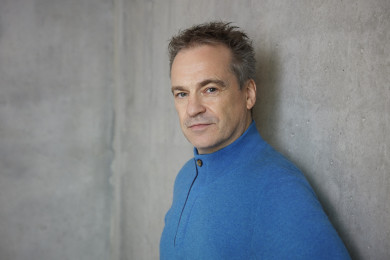 With discount
Soloists and Orchestras 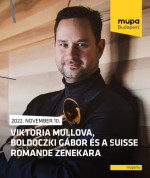