The world-famous Danish baritone Bo Skovhus probably secured his place in the hearts of the Müpa Budapest audience forever when, in a 2013 production of Die Meistersinger von Nürnberg, he was forced to take the stage while suffering from a painful knee problem, yet still managed to incorporate his resulting compromised ability to walk into his unforgettable portrayal. Now we can get to know another side of this artist who has long been an integral element of the Budapest Wagner Days series: as a performer of art songs, presenting a compilation of Gustav Mahler's lieder.

How come we have scheduled Mahler for the Budapest Wagner Days? It could hardly be a coincidence: The artist behind the Ring had a tremendous impact on the creator of the Symphony of a Thousand. On one occasion, in 1876, when he was 16 years old, Mahler even got the chance to watch Wagner conduct a performance of Lohengrin in Vienna - but being only a teenager, he didn't dare approach the master he admired so much. Later on, as a conductor, he performed Wagner's works many times, and as a compo...ser his music inherited many of its features from his great predecessor. While it is true that Mahler never wrote any operas, he wrote his music for enormous orchestras, tended to make extensive use of the brass section, often employed chromatic melodies and harmonies and was drawn to epic forms: all qualities that can be found in the output of both artists. Extremely versatile as an opera singer and extraordinarily talented as an actor, Skovhus not only makes for a wonderful Don Giovanni, Wozzeck, Onegin or Count Almaviva in Figaro, he is also at home in the art song literature, singing Schubert, Schumann, Hugo Wolf and others with great success. Partnering with him will be the Austrian pianist Stefan Vladar. A leading soloist and chamber musician on the international scene in addition to a highly esteemed conductor, he last visited the Müpa Budapest audience in September 2020, when he conducted a concert by Ödön Rácz and the Franz Liszt Chamber Orchestra. Their joint recital of songs by Mahler promises to be a memorable experience. 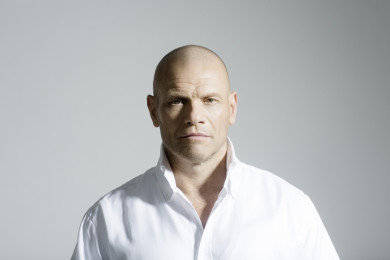