Most people think of Schubert as a composer of art songs, piano works, chamber music and symphonies. Fewer know that the short-lived composer, who composed so many masterpieces but enjoyed so little success, also tried his hand at opera. One of the most outstanding of these experiments is Alfonso und Estrella, a true rarity that we will now get to experience in a historical interpretation performed by an international cast of soloists joining the Helsinki Baroque Orchestra under the baton of Aapo Häkkinen, who has led the orchestra for the past 20 years.

Schubert composed his three-act German Romantic opera about the love story of Alfonso and Estrella in 1822, to a libretto by Franz von Schober. The work was never staged in his lifetime - having been rejected by the opera houses of Vienna, Berlin, Dresden and Graz. It was first conducted by Liszt, in Weimar in 1854. The Helsinki Baroque Orchestra has been in operation since 1997. Infused with the spirit of exploration, their productions both shed new light on long-known works and shine a spotlig...ht on unfamiliar ones. Their guest conductors have included the likes of Reinhard Goebel, René Jacobs and Enrico Onorfi, and they have been joined by such guest artists as Isabelle Faust, Erich Höbarth, Franco Fagioli and Julia Leznyeva. Aapo Häkkinen, the orchestra's artistic director, started his career as a chorister. A versatile musician, working as a harpsichordist, organist and conductor, he is well versed with the styles of many composers, ranging from Monteverdi and Handel to Paisiello and Haydn, and is a regular guest at major international festivals. The international cast of singers for the performance includes luminaries from Germany, Croatia, Norway and Finland, while the chorus, Soma Szabó's Cantemus Mixed Choir, is the the globally celebrated pride of both Nyíregyháza and the Hungarian music world. 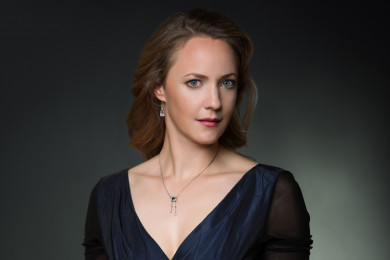 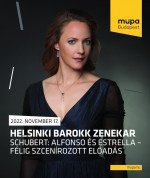