An exceptional occasion: the audience will get to meet two outstanding pianists at the same concert. Both Ilona Prunyi and Gábor Farkas are virtuoso instrumentalists and dedicated chamber musicians, and this time we'll hear them play compositions for two pianos. Making the show even more exciting, for the opening and closing numbers Prunyi will partner with two wonderful string players from the younger generation: Barnabás Kelemen and László Fenyő. Together, the three of them will perform two masterful piano trios offering highly varied sound worlds.

If a concert can be likened to a feast boasting a multitude of lavish dishes, Prunyi's chamber recital would be an ideal time to compare music to the noblest of gastronomic celebrations. The pianist herself is an afficionado of intellectual and instrumental challenges, and of her three younger colleagues, Gábor Farkas is a versatile pianist of exceptional quality, László Fenyő is a serious and energetic virtuoso, and Barnabás Kelemen is an enthusiastic explorer of music who is constantly f...inding new areas to conquer. And the musical works? Astonishing diversity! Rachmaninoff's Trio élégiaque is more about resignation, melancholy and pain, while Mendelssohn's D-minor trio is all fire, forward-moving momentum and rhythmic tension. But both embrace the darkness of a minor key and densely rich sound. Debussy, the father of one of the two pieces for two pianos, serves as the godfather of the other, as he pays tribute to his great predecessor Schumann by transcribing the Six Etudes into canon form. In his own series, the emotions that flow through in cool tones are exciting, and in the reworking, as part of Schumann's "study trip”, the French composer confronts German contrapuntal thinking, which is less typical of his own artistic work.

The concert will be preceded from 6.00 pm by a conversation entitled Prologue, where ticket holders will be invited to get to know the performing musician and the works to be performed more closely.
The host of the discussion Szilvia Becze. 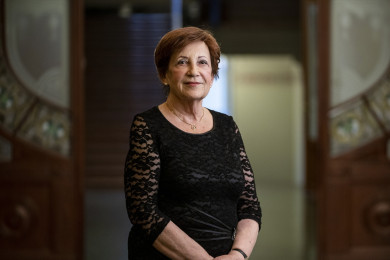 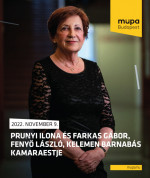