Many people believe that the Vienna Philharmonic can play any kind of music at all: it is always worthwhile paying attention to what they are doing, as they are one of the finest orchestras in the world. But we have to recognise that their most exciting interpretations are of composers who are Viennese themselves, and who have thus shaped the city's musical tradition. Among them is Gustav Mahler, whose remarkable and rarely heard Symphony No. 7 we'll hear the orchestra play at this concert. Conducting them will be the always evocative and exacting Andris Nelsons, the pride of Latvia, a country that has given the world more and more wonderful musicians in recent decades.

The Vienna Philharmonic is one of the most storied symphony orchestras in the world. Founded in 1842, it makes its home in the Musikverein, from where television networks broadcast their legendary New Year's concerts to hundreds of millions of viewers around the world each January. The ensemble has no principal music director. Instead, they elect a governing body to lead them and invite conductors to take the podium for specific concerts. That is why it is a great honor for a conductor to ...be invited to work with these musicians whose predecessors have played under the batons of the likes of Wilhelm Furtwängler, Bruno Walter, Carlo Maria Giulini, Lorin Maazel, Herbert von Karajan, Leonard Bernstein and Claudio Abbado. The conductor for this evening, Andris Nelsons, is an internationally renowned musician and leader of the Leipzig Gewandhaus Orchestra, having previously worked with ensembles such as the Latvian National Opera, the City of Birmingham Symphony Orchestra and the Boston Symphony Orchestra. He is also a welcome guest at the world's major opera houses, from Bayreuth to the Met. The work of Mahler's on the concert programme, the Seventh Symphony, dates from 1904/05 and employs a unique five-movement format, beginning with a slow movement, ending with a rondo, while bookending the central scherzo with exciting "Nachtmusik”.

ROLEX is the Exclusive Partner of the Vienna Philharmonic. 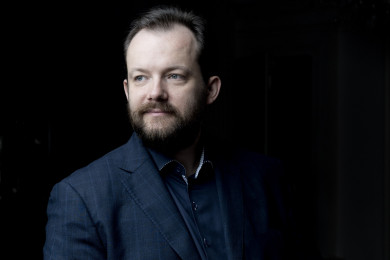 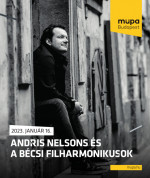