The dance artists of Ballet Pécs

"Moving Pictures of an Exhibition" - this could also be the subtitle of Ballet Pécs's large-scale performance. Literally coming to life in Balázs Vincze's choreography will be the works of the world-famous Pécs-born visual artist Victor Vasarely. The stated goal of this piece, which includes both live music and prose as its means of expression, is for the viewer to look at Vasarely's works with new eyes and see them in a different way than before. The Vasarely Etudes invites you on a journey whose destination is the deepest depths of the pictures, places that are not visible at first glance.

The artist who would later conquer the wider world as Victor Vasarely, was born as Győző Vásárhely in Pécs 115 years ago. Considered the most renowned representative of optical art, also known as op-art, most of his works, which can also be viewed from the point of view of mathematics and geometry, trick the eyes, amazing the surprised viewers. "I built the foundations: now take my works in your hands and take them further, go forward." It is as if the words of the master were spoken to th...e young dancers of the Ballet Pécs, which recently celebrated its 60th anniversary. The première of Vasarely Etudes is a unique moment in the ensemble's history: instead of producing a narrative ballet, Balázs Vincze and his noted creative collaborators this time started to think about ten pictures and developed their choreography from there. The viewer will receive an invitation to a unique exhibition, one in which the wonderful guides to the gallery are also connected to the city of Pécs. In addition to the information being conveyed, the key to the dance performance will be colours, moods and impressions, and of course the sparkling dynamics and ceaseless motion coded into the images, supplemented by the spectacular scenery of Balázs Cziegler and the inventive costume designs of Fruzsina Nagy, as well as the stage music of Richárd Riederauer, which uses the structure of the images as its starting point.

The première was presented by Müpa Budapest as a joint event with the Ballet Pécs as part of the Bartók Spring.

Hubert Giraud and Jean Dréjac's chanson Sous le ciel de Paris is being played in the production with the lyrics of István Reményi Gyenes with the permission of the UMPA agency.


Sponsored by: the Ministry of Human Capacities 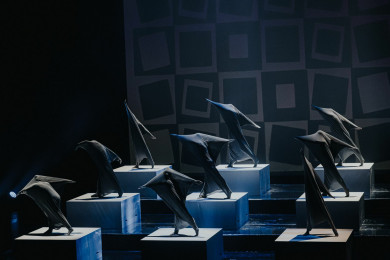 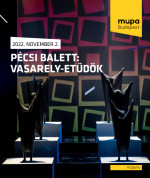