Giselle is the genre-defining ballet of the 19th century romantic period. Its popularity remains unbroken to this day and the title role is every ballerina's dream. Premièred in 1841, the work conquered the world with the music of Adolphe Adam. The production is a genuine treat - the Ballet Company of Győr takes us through this mystical story that is in equal turns beautiful and horrifying, revitalised by the music of Félix Lajkó.
Said choreographer László Velekei: "With every work, I have... a vision. With Giselle, it was the image of being danced to death that set me off working. The country girl's amorous disappointment and afterlife are condensed into a single act. We are after a production that is theatre, ballet and a concert in its own right.”

The première was presented by Müpa Budapest as a joint event with the Ballet Company of Győr and the Fonó Music Hall as part of the Bartók Spring. 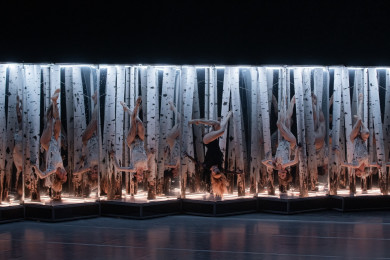 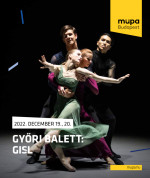