Hit fast and hard! For a long time, the audience thought that the only thing a percussionist had to do was occasionally give the bass drum a good whack with the mallets. Public opinion changed in the second half of the 20th century with the emergence of the genre of independent percussion music, and developing with it has been the experimental mood and curiosity that characterises the young percussionist Vanessa Porter, one of the Rising Stars being showcased at Müpa Budapest. Her programme consists solely of contemporary compositions - each of them an exciting journey of discovery.

Rising Stars is an annual concert series run by the European Concert Hall Organisation (ECHO) to showcase young talents. The Müpa Budapest audience requires no introduction to the initiative: they display great interest in the young musicians' concerts every year. In spite of her English name, Vanessa Porter is a resident of Germany: she received her master's degree from the Stuttgart College of Music - although she also had previously studied at the Royal College of Music in London, as we...ll as at Lübeck's Musikhochschule. She has won competitions in Munich, Luxembourg and Italy. While we will get to hear her as a soloist, at other times she also takes the stage as a chamber musician in the company of her sister and fellow percussionist, Jessica Porter: together, they make up Duo Porter.
Though much of the percussion repertoire is comprised of transcriptions, on this occasion Porter will exclusively play contemporary pieces. Interested in experimentation, she likes to use her body itself as a percussion instrument and treat the human voice as part of the performance apparatus, while also exploring the possibilities afforded by electronics - effects for which Daniel Mudrack will assume responsibility at this concert. Each concert in the Rising Stars series introduces the audience to a new composition written for the young musician by a composer commissioned by ECHO: in Porter's case, she will give Georges Aperghis's piece The Messenger its Hungarian première. The musical works are bound together by sounds both composed and improvised by Vanessa Porter and Daniel Mudrack. 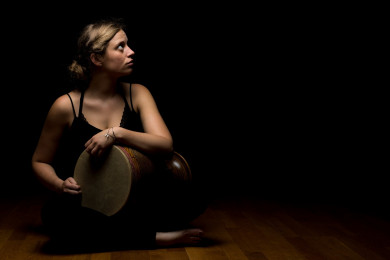 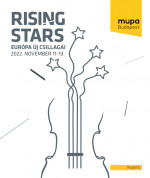