Ernst von Dohnányi is one of the greats of 20th-century Hungarian music. However, even though 62 years have passed since his death, his works are even today waiting to be discovered by the general public. At this concert by the Miskolc Symphony Orchestra, we will get the chance to hear his Suite in F-sharp minor, an early work dating from 1909, during his years in Berlin. Also promising to be discoveries are the young conductor for the concert, Levente Török, and the young German musician Anton Gerzenberg, who will take centre stage as the soloist for the Rachmaninoff piano concerto kicking off the evening.

Anton Gerzenberg was born in Hamburg in 1996. He completed his education in his native city, Vienna and Cologne. He was first taught by his mother, Lilya Zilberstein, and his current mentor is Pierre-Laurent Aimard. In 2019, he co-founded the new music ensemble ÉRMA in Cologne. His chamber music partners include Martha Argerich and Dora Schwarzberg, and he has performed with the Taipei Symphony Orchestra, the Munich Symphony Orchestra, the Hamburg Camerata and the Zurich Tonhalle Orchestra..., among other ensembles. A regular guest at noted festivals, he also took first prize at the 15th Géza Anda International Piano Competition in Zurich in 2021 - where he also won Müpa Budapest's special prize, which is what led to us getting the chance to hear him play tonight. Levente Török was born to a musical family in 1993. He completed his advanced studies in the conducting and répétiteur course at the University of Music and Performing Arts Vienna. He made his debut as an opera conductor with Mozart's Don Giovanni in May 2014 at the Schönbrunn Palace Theatre. From 2015 to 2018, he served as the chief répétiteur at Theatre Regensburg before being appointed first conductor of Theatre Ulm in the autumn of the latter year. He made his Hungarian State Opera debut in April 2019 with Kodály's Háry János. In June 2021, he won the First "Llíria City of Music" International Conducting Competition in Valencia, which led to invitations to perform with the most prestigious Spanish orchestras. He currently serves as first conductor at the Mecklenburg State Theatre and is scheduled to conduct Madama Butterfly in Iceland in March.

The concert will be preceded from 6.30 pm by a conversation entitled Prologue, where ticket holders will be invited to get to know the performing musician and the works to be performed more closely.
The host of the discussion Szilvia Becze. 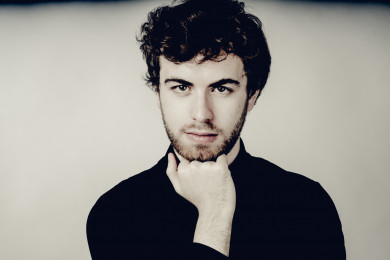 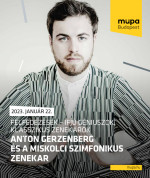