Hungary's long waited National Concert Hall, designed with the feel of a Gothic cathedral, is located at the heart of the Müpa Budapest complex. The quality of the acoustics are guaranteed by the outstanding work of Russell Johnson, a top specialist who conducted well over fifty years of research in this field and participated in the construction of several top opera houses and concert halls. His work in Budapest was characterised by close cooperation with the architect, the contractor and leading Hungarian musicians. Johnson was full of praise for the finished project, telling the Wall Street Journal, “I would not be surprised if, in two or three years’ time, Hungarian musicians say this was the best concert hall in the world”. Indeed, almost from the moment of its inauguration, the concert hall was ranked among the top five in the world. Renowned musicians and artists have been adding their seals of approval ever since. “This concert hall is fantastic, inconceivably good; it has excellent acoustics. I was testing it all afternoon, enjoying its capacity; congratulations!” baritone Thomas Hampson said enthusiastically. The conductor of the St. Petersburg Philharmonic Orchestra was equally effusive: “I can say that in the 25 years of my membership of the orchestra I have performed in all the famous concert halls with good acoustics in the world. This one ranks highly even among the best.”

The depth of the podium has three settings to match on the nature of the performance while the lowered area of the front stage can function as an orchestra pit if required. The 42-ton canopy suspended overhead, 58 movable resonance chambers each weighing 4 and 8 tonnes, and unusual wall and floor coverings all allow the aural experience to be fine-tuned to the performance. The reliefs of György Jovánovics not only decorate the auditorium, they also contribute to its outstanding sound quality.

The total capacity of the National Concert Hall is 1,656. This figure includes 126 podium seats that can be added for chamber concerts and standing room of 60 set aside for students in the side galleries on the second and third floors.

The hall's state-of-the-art audio-visual system is equally suited to producing unique light effects, making high-quality sound recordings and screening films. The studios adjoining the hall allow professional recordings to be made for CD and DVD releases.

The Bartók Béla Concert Hall's pipe organ, with its 92 registers and 5 manuals, was inaugurated in spring 2006. It was built by two companies specialising in organ construction: Orgelbau Mühleisen in Germany and Orgonaépítő Manufaktúra in the Hungarian city of Pécs. The concert organ's largest components were installed during the construction phase of the hall. Work was still ongoing on intonation and the built-in air-conditioning system behind the 92 giant pipes visible to the audience during the inauguration of the hall.

Interesting facts about the hall 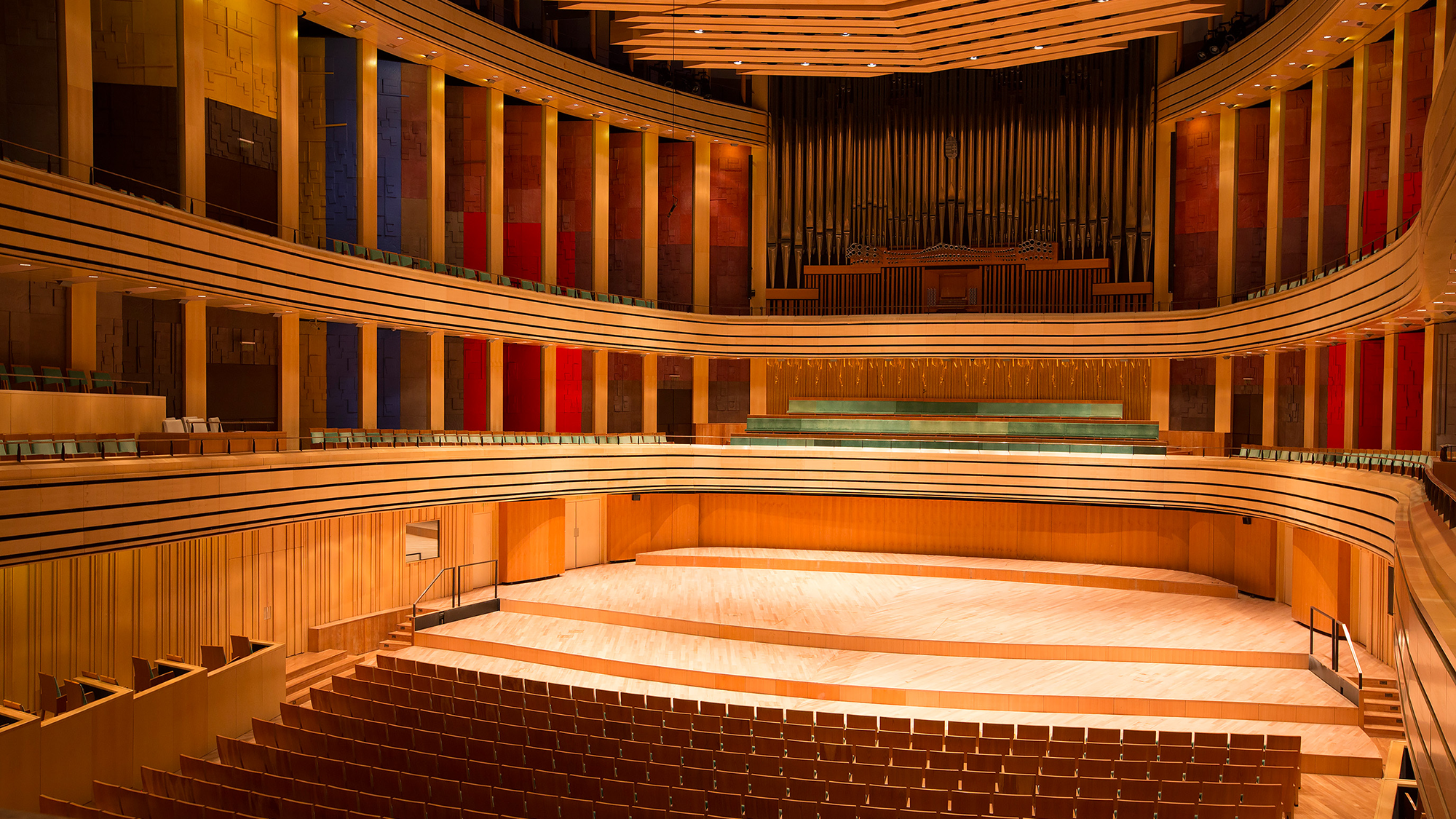