The year 2022 will mark the 14th anniversary of the first occasion when Wagner's complete Ring cycle was performed in its entirety at Müpa Budapest, and now the audience, already familiar with the revised version of Hartmut Schörghofer's legendary production, will get to see it again. The story of the Ring of the Nibelung is one of humanity's greatest artistic works, a monumental achievement that can be likened to the ceiling frescoes of the Sistine Chapel, the Divine Comedy or Joseph and His Brothers: we owe it to ourselves to delve into it from time to time.

Das Rheingold is the introduction to the storyline, depicting the central conflict. Starting from a primeval state of peace, the opera shows how the original sin was committed, triggering a chain of events that eventually lead to complete annihilation. One senses that the myth is not really about gods, giants and dwarfs, but rather about ourselves: the playful and frightening tale depicts not a world that never existed, but rather the one we live in. Ádám Fischer's concept is for the "most impor...tant objective of the Budapest Wagner Days festival to develop a performance style that is in line with Wagner's original ideas. The most important thing for him were dramatic expression and intense enunciation: it was not singing in the traditional sense of the word that he demanded of his performers on stage, but rather sprechgesang, meaning sung speech. With this vocal style and the concept of the gesamtkunstwerk, the unity in total art of the text, the music and the action on stage, he created a new genre. We endeavour to make our performances fulfil Wagner's vision to the greatest degree possible." Featured in this year's Das Rheingold will be two wonderful bass-baritones - Poland's Tomasz Konieczny and, in the second cast, the Latvian Egils Silins - portraying Wotan, old favourite Christian Franz as Loge and Jochen Schmeckenbecher, Walter Fink and Sorin Coliban or Krisztián Cser in the roles of Alberich, Fafner and Fasolt, respectively.

We regret to inform you that, Sorin Coliban will be unable to perform in "Das Rheingold" on 16 June, Krisztián Cser is replacing him.
Thank you for your understanding! 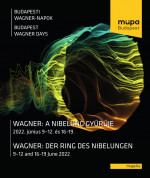 Change
We regret to inform you that, Sorin Coliban will be unable to perform in "Das Rheingold" on 16 June, Krisztián Cser is replacing him.
Thank you for your understanding!